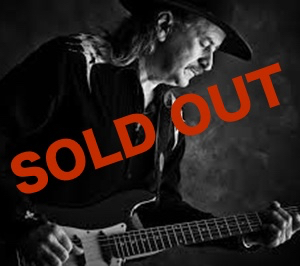 Guitarist, singer, and songwriter Matt Minglewood began his professional music career in the ’70s. He recorded a debut album, a self-titled offering also known as the Red Album, with his own band in 1976. About a dozen other albums followed with the Minglewood Band or solo through the ’80s. During those years, Minglewood earned three gold records and a number of awards for his music, including an East Coast Music Association Lifetime Achievement Award.

His music is a mixture of blues, rock, and country. At times it seems fitting to label it simple blues-rock, at other time it’s just all Minglewood. Matt Minglewood began his life as Roy Batherson. He was born in 1947 in Moncton, but raised in Cape Breton, Nova Scotia. Music was a part of his life from his earliest memories. His grandfather was a fiddler, and a very young Minglewood learned from him, taking up the fiddle when he was barely old enough for school books. Piano lessons came next, then the guitar, and even the organ, with time in between for more popular things like hockey — something he has held on to as long as he has to his music.