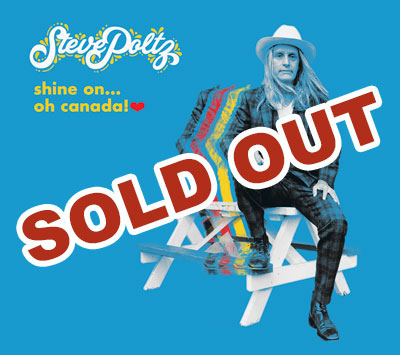 So, the man who once protested “I am San Diego” made Shine On in his new home of Nashville with one of its elder statesman behind the board, Will Kimbrough [Emmylou Harris, Rodney Crowell]. Holing up in the studio at Kimbrough’s house, nothing would be off limits. Together, they unlocked the kind of creative chemistry you only hear about in band bios—but for real.

On “Pharmacist,” rustling guitar and harmonica propel a tale of “this dude having a crush on his pharmacist.” It also serves as an extension of his friendship with neighbor Scot Sax—with whom he shares the podcast “One Hit Neighbors” (since they’ve both had one hit song). Meanwhile, he joined forces with Molly Tuttle on “4th of July,” which, of course, came to life on the 3rd of July. “Ballin On Wednesday” drew its title and chorus from a diner checkout girl (with a super cool gold tooth) who Steve paid with a $100 bill and she replied, “Oooh, ballin’ on a Wednsday.” The finale “All Things Shine” skips along on sparse instrumentation as Steve sends a message.