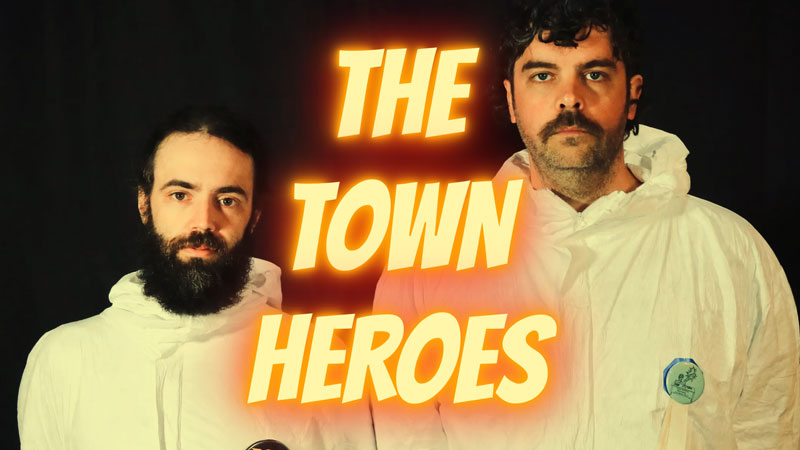 Whether a sweaty rock show or an intimate acoustic environment, The Town Heroes want you to be entertained.

Born and raised in small town Nova Scotia, Mike Ryan and Bruce Gillis have played together for the past 10 years — touring the world, releasing 5 critically acclaimed albums and winning an array of industry awards. Anthemic choruses, danceable arrangements, and tender falsettos highlight their catchy yet thoughtful songs. At heart, a perfect soundtrack for contemplating life with a bounce in your step.

Musically, the band blends their 90’s alt-rock influences with singer-songwriter stylings in the vein of Neil Young or Ryan Adams. On stage they move like intense caricatures – soaked in sweat, pushing every chord, note and beat to the limit. A structured wall of sound emerges; familiar yet distinctive. Camaraderie shows in their musicianship, their song-writing highlights what they are: friends playing music for the love of it, in it for the long haul.

The band released their sixth full length album Home during the summer of 2021.

Home is a concept album. The entirety of the storyline takes place over a two week period during a summer in Cape Breton. The 9 songs, told from 3 different perspectives, tell the chronological tale of coming home, youth, summer love, and ultimately lost love. A father — longing for what he left behind — returns to his hometown after moving to San Francisco for work. A young “local” boy falls for his daughter, a short romance ensues, and the romance dies upon her inevitable return home. The album captures the energy and spirit of a youthful summer and coming of age. It’s a soundtrack for the summer, relatable and, most importantly during the current locked down world we live in: FUN.